September 06, 2018
It was on a cold, snowy winter that I went to visit my longtime mentor distinguished Ghanaian political economist professor George Ayittey at his Washington Office. His office, which he runs the Free Africa Foundation is a few blocks away from the White House and the Congress building. On his wall he kept many photos over the years that he had taken with high profile politicians, musicians, African made crafts and awards he received.

In 2008, Prof. Ayittey was nominated as top 100 public intellectuals by Foreign Policy. He was an advisor to the Secretary of State on African policy during the Obama administration. He went on to shape African politics, economics, and investment, by appearing on many international channels and wrote some of the most influential books on Africa. To mention a few are Defeating Dictators and Africa Unchained.

For a long time, our communication was via telephone. On one of my trip to Washington DC, I made it my mission to go and meet him, which he was so humble and happy to meet me. We talked about the political situation in Eritrea and made great suggestions on how to bring about freedom.

"Africa is not free, because it is led by coconut dictators" which he also calls "the hippo generation."

"They will enrich all their children, relatives looting its wealth, stacking it in Swiss banks and leave the majority of the people poor. That is why we need to get rid of them." Prof. Ayittey echoed.

I came to meet him fascinated by his books and after listening to his speeches. To this date, I turn to his advice occasionally. One of the things that stood out and he kept repeating in my time with him was the coming of the Cheetah Generation to save Africa from its dictators. Prof. Ayittey knew very well what was cooking in the pot.

Yes, Africa had great leaders and icons such as Nelson Mandela, Thomas Sankara, Kwame Nkurumh who liberated Africa from European colonizers. Today the vast majority of African leaders are older men who cling to power.

Not for long. The Cheetah generation of Africa is on the rise. From Cairo to Pretoria, from Kampala to Ouagadougou. African youth are on the rise to unseat African dictators. It is the only hope for Africa's future.

It is people like Bobi Wine, a pop star turned MP, that stood in the parliament of Uganda to defend the constitution and stop 74 years old president Museveni from abuse of power. Museveni led the country for 32 years so far. Bobi Wine was sent to prison for 70 days and came out on bail recently enduring torture and injuries. Today he is in USA for medical treatment.

It is Diane Rwigara who dreamt of becoming the president of Rwanda. Her dreams were crushed as she stood strongly against president Kagame's party to contest in the Rwandan election. Today she is sentenced for 15 years in prison. I have no doubt, that she will come out of prison as a hero like the African icon Nelson Mandela and free her country from the shackles of President Kagame who has led the country for 18 years so far. She is a symbol against tyranny and old men with an unquenchable thirst for power. 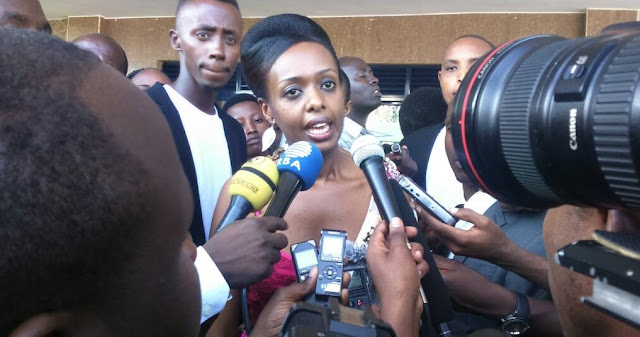 Diane Rwigara speaking to the media before being arrested. Source - Getty image

It is the young and radical Economic Freedom Fighters (EFF) of South Africa who are shaping the agenda of the parliament Julias Malema as its leader. He was instrumental in pushing corrupt individuals from power exposing the deep corruption in the ANC. Today, it is the EFF that is addressing the key issues of poor South Africans. 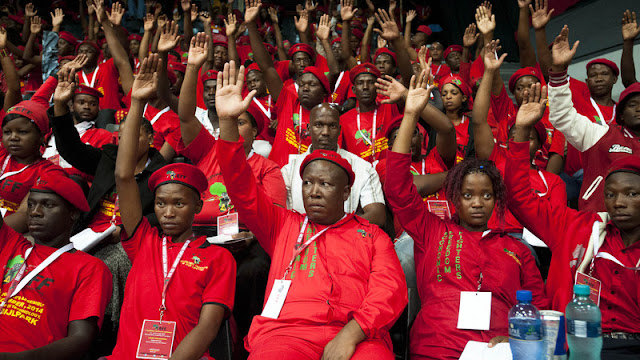 So, my Africa is on the rise and the Cheetah Generation are already in charge of the wheels in many African countries. But this comes at a great cost and African youth have to strategize, plan and empower themselves with the necessary education and skills to get rid of the old dictators that are a hurdle to Africa's progress.

We need to pay attention to those Cheetah Generation of Africa and support them in their cause and empower them. It is them who are trying to be a voice for the voiceless, hope for the hopeless and a solution for the many problems Africa faces today.

Rise up Africa, rise up the Cheetah Generation of Africa!

On Sunday, February the 10th, African leaders unveiled the statue of the late Emperor Haile Selassie ahead of the annual African Union summit in Addis Ababa. Although Haile Selassie was involved in helping establish the African Union in 1963, he was actively involved in the cold-blooded murder of many civilians in Eritrea between 1961 to 1974. Thus the statue should be removed in respect of the African people. To those who argue Haile Selassie was a Pan-Africanist. He was a murderer who forced many African indigenous, especially Eritreans to flee their homeland and ultimately scattered around the world to avoid his brutal dictatorship. Haile Selassie chanted “We need Eritrea’s land, not its people” as he sent his soldiers to burn villages and murder children, women and men. In 1962, Haile Selassie violation United Nation resolution in which he annexed Eritrea with Ethiopia that has led to 30 years of bloody war.  In 1967 in just five months period , Haile Selassie soldiers
Read more